Mike Eaves helps close out the first season of the Monsters Eye-View Podcast during a very special chat with Tony and Nicole. Covering bits of his impressive career as a player and coach, Mike keeps the conversation flowing and also lets the fans in on some great advice and his favorite places in Cleveland! 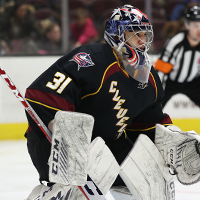 Fresh off a memorable season, Jet Greaves joins Tony and Nicole to cover a variety of topics. Starting the year in the ECHL, Jet worked his way to earning a NHL contact with the Columbus Blue Jackets. Catch him talk about the great year, what his summer has looked like and some of his interests in Cleveland including museum outings with some teammates! 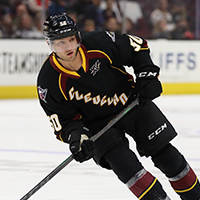 Monsters forward Robbie Payne worked from a professional tryout contract to an AHL deal for the 2022-23 season, but he almost hung up his skates for good before the season even started. Hear about his unique path to Cleveland, his future in beekeeping and what he loved about Upstate New York when he stops by to talk with Tony and Nicole in the newest Monsters Eye-View Podcast! 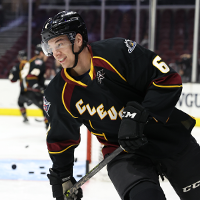 Movie buff, book club, cookie enthusiast - Billy Sweezey is all over it! Learn more about one of the new Monsters including how he balanced hockey while working towards his biomedical engineering degree at Yale. 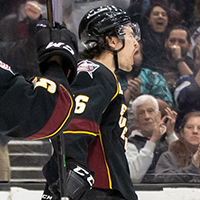 Tyler Sikura joins Tony and Nicole to put hockey in the backseat and give fans an in depth look to his life outside of the rink. From his time at Dartmouth to do-it-yourself projects him and his wife take on (including refurbishing a camper), Tyler let's us all in on a very busy life! 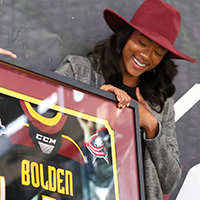 Blake Bolden, women's hockey trailblazer and Cleveland native, join Tony and Nicole for the latest episode as a special Women's History Month guest. Bolden talks about her path in hockey starting from playing on youth boys teams to working as Growth & Inclusion Specialist/Pro Scout for the LA Kings now, and what it means to continue to be able to help grow the game of hockey for girls and women. 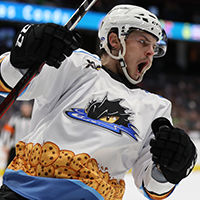 Monsters forward Trey Fix-Wolansky joins Tony and Nicole to talk about his memorable, whirlwind first call up to the Columbus Blue Jackets, how he battled back from injuries and a very special coach in his life - his dad. Fixy also takes a go at our Shootout Segment and lets the fans get to know him off the ice a bit. 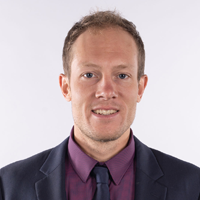 "Brick Wall' Brad Thiessen stops by to talk with Tony and Nicole about how he's adjusting to his new role as the Columbus Blue Jackets Goaltending Development Coach, some top memories from his career and go a couple extra rounds deep in the Shootout Segment! 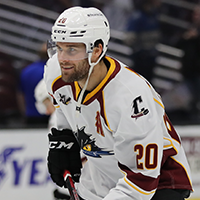 Fan favorite Monsters forward Justin Scott joins Tony and Nicole on the latest episode to talk about his path in hockey, share some things fans may not know about him and goes 3 for 3 on the Shootout Segment. 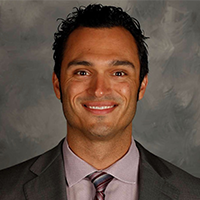 Florida Panthers Radio Play-by-Play Broadcaster (and former voice of the Monsters) Doug Plagens joins Tony and Nicole to talk about his time in Cleveland, how he likes Florida and share some of his interests including strong opinions about soup. 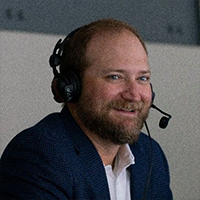 Columbus Blue Jackets Team Reporter Jeff Svoboda joined Tony and Nicole for a brand new Monsters Eye View episode! Take a listen for a new view on the partnership between the teams and learn more about Jeff's role with the Blue Jackets. 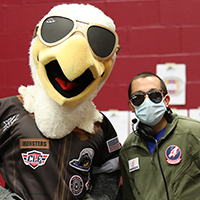 On a special edition of Monsters Eye View, Tony and Nicole take a closer look at what goes into pieces of the Monsters organization like promotional nights and the Season of Giving. 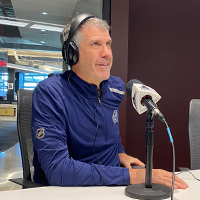 Did you know when Mario Lemieux broke his hand during the 1992 Stanley Cup Playoffs, Jock Callander was the guy called up? Hear about that, how he lost (and found) his watch during the Stanley Cup Parade and much more in this episode of Monsters Eye-View. 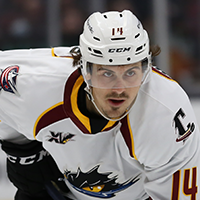 Monsters forward Adam Helewka joins Tony and Nicole to talk about his own podcast, Minor League Madness, share some stories about playing hockey overseas and how he's adjusting to Cleveland.

Monsters Assistant Coach Trent Vogelhuber joins the podcast to talk about being an Ohio hockey native, how the sport has evolved in the state, his adjustment to coaching and the unique life of a professional hockey player - especially in the AHL. 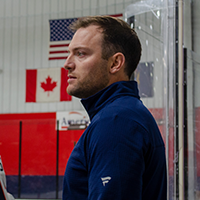 Tony Brown and Nicole Del Villano start off the first episode of Monsters Eye View with a recap of the Cleveland Monsters 2021-22 Opening Weekend before being joined by Assistant Coach Mark Letestu.

Letestu sits down to talk about his path in the hockey world including how he is adjusting to his new (and surprising) position as Assistant Coach for the Monsters. He shares other quick facts like his relationship with Derek Dorsett, his favorite rink he's ever played in and the weirdest thing he's ever been asked to signed.